RV State Laws: Where Can You Live In An RV? 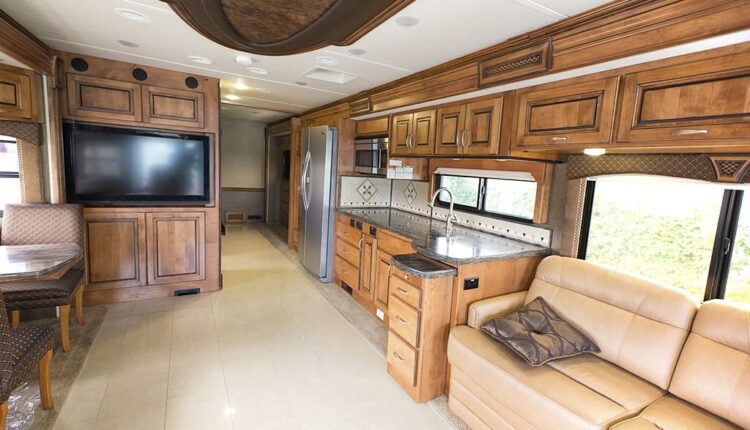 There is a lot of talks these days about the “tiny house” movement. Many people are deciding to downsize their living space and live in smaller houses or even trailers. But what if you want to go even smaller? There are laws that govern where you can park your RV full time, but there are also some places that allow for seasonal parking as well!

Each state, county, and the city has its own regulations on what kind of structures you can live in. It’s generally fine to park an RV on your land; living out of it is usually another matter entirely! In some places, like Tennessee for example, there are no statutes that say “you cannot reside inside a vehicle or mobile home”.

This means if the place where you’re parked doesn’t have restrictions about how long vehicles may be present – such as commercial zones near businesses– then so long as your property owner allows people to camp/live in their backyard (with permission), they won’t need any special zoning laws- just use common sense guidelines when selecting neighbors who will not create problems with noise levels, etc.

This will require you to get an annual registration fee but does not require any other fees or licenses.

An alternative would be having your RV registered for use in cities by becoming an accessory dwelling unit that’s classified differently than just being considered a recreation vehicle; this requires additional steps of approval from city and county officials which can take up more time than most people are willing to invest into their lifestyle change!

The last option is going traditional route-parking in mobile home parks and campgrounds where there may be restrictions on how long you’re allowed to stay at each location.

It’s important to note that RV zoning laws vary by state. This means if you’re in the process of hunting for a place to stay, it is very important to make sure your quest includes research into what cities and counties allow RVs as residences!

There are tons of other reasons people live in RVs full-time. But once you’ve decided to take the leap, there is a lot that needs consideration when it comes to zoning laws and regulations.

Zoning laws vary widely from city to city or town for different usages so those who are new will find this very interesting as they hear about these important considerations before taking on RV living life!

Zoning is the process of designating a particular lot for residential or business purposes. It would be really strange to drive into what you thought was going to be a nice, quiet cul-de-sac that’s just for houses and find out it has an office in the middle of it! Having zoning regulations will help avoid these types of issues with parking, safety, noise pollution — because all those things can impact your quality of life dramatically if they’re not taken care of properly.

Tiny homes are often lumped in the same category as RVs, but these can be very different.

For one thing, what constitutes a tiny home is not always clear-cut because they come with many variations depending on who built them and where people live.

The biggest difference between RV regulations and rules for small houses typically comes down to whether or not there’s a foundation – if it doesn’t have one then space will probably be considered an RV instead of just being classified as an ordinary house.

Similarly, state laws vary from place to place about how you register your travel trailer or self-built camper before getting license plates; some require inspection first while others simply need paperwork like title transfers completed beforehand.

The abbreviation ADU may come up when looking at zoning regulations. When used in this context, an “accessory dwelling unit” is typically a tiny home built on a permanent foundation like you might see for sheds or guesthouses.

Some municipalities do not make clear distinctions between the two and even travel trailers permanently parked on the property may qualify as an accessory dwelling unit (ADU) if they are structurally sound enough to be habitable by humans and animals alike.

The general answer to the RV as a permanent dwelling question is still not very clear. The rules for living permanently in an RV on your property or friend’s property are different from state to state and may depend on whether you own it yourself or rent it out to others.

It really depends on what type of “backyard” we’re talking about here! Some states allow this much more than other states; also there are some exceptions that have been made by law over time.”

So for the most part, no you can’t stick an RV on your property and have people live in it permanently. But here are some considerations that might get you around that “soft no.”

The first thing to consider is what type of vehicle will be needed? Is there a size restriction anywhere nearby or maybe even at setbacks from neighboring properties?

What about zoning restrictions like allowing temporary living quarters as opposed to permanent ones which typically exist throughout many communities near natural resources such as riverfronts and parks where camping is not allowed because of these existing regulations but certain areas may allow this by right so look into them!

What Is The Deal With RV’s? 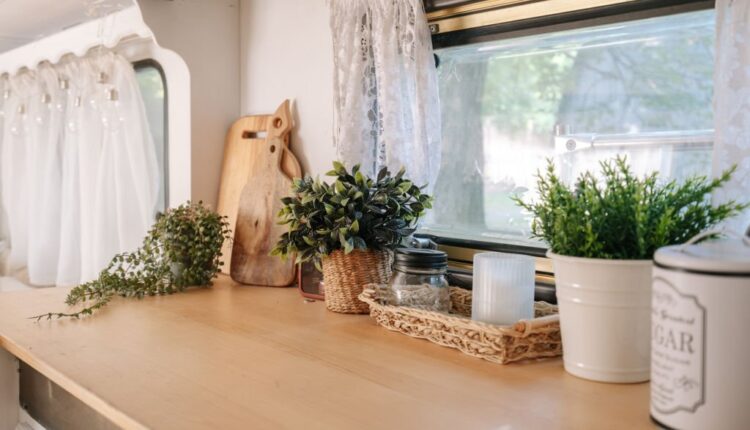 RV’s are not generally considered permanent dwellings by the federal government. They can be used for travel, camping, and “recreation,” but usually not as a place to live permanently unless in certain designated areas or zones. Why would someone want one of these things anyway?

The RV lifestyle has grown in recent years, and it is now estimated that as many as 20 percent of Americans live part-time or full-time on the road.

This can be a great choice for some people who want to maintain their independence but still have access to community resources such as health care facilities and services (as well as other conveniences).

One way this could work would be if you find an RV park near your current residence where you pay monthly fees for use of the amenities from which you derive economic benefits–such as WIFI, cable TV, electricity hookup with 110/120 volts power, sewer hookup, etc.–and then simply move out when those privileges expire so there’s no need to pack up

The RV as an “Accessory Dwelling Unit” Loophole

While it’s hard to live in an RV on your property, you might be able to put one there and rent out space. Zoning laws may prohibit permanent living inside a recreational vehicle, but they do allow for accessory dwelling units (ADUs). An ADU is additional housing that can’t serve as someone’s primary residence but would make their secondary home much more livable.

A detached ADU is defined as a residential dwelling unit that provides complete independent living facilities for one or more persons, and it must be attached to the permanent residence.

In order for an RV to count as an ADU, it needs to include provisions of sleeping, eating cooking, and sanitation on-site with no utilities other than electricity required; while being situated on the same land as their permanent residence.

In California, it is unclear whether recreational vehicles are allowed to be an ADU and there’s a lot of factors that have to go into consideration before making this determination.

For example: does the RV take up more than one parking space? If so, can the owner get permission from a local government agency in order for their vehicle not only to occupy another spot but also to serve as an accessory dwelling unit?

There’s no specific law about what determines if something qualifies or not; however, most RVs do seem too big which means they would need approval first.

California state law allows cities and counties to set up ordinances for “accessory dwelling units” in residential areas that are single-family or multifamily use. If you have a property with a house, you might be able to build an RV as accessory living quarters which cannot be sold but can rent out.

Understanding ADU laws in California means understanding that most states will have a lot of flexibility when it comes to making case-by-case decisions. For example, the state law includes this clause: “A local agency may establish minimum and maximum unit size requirements for both attached and detached accessory dwelling units” (65852.2.(a)(1)). This allows individual counties or cities within any given state to raise their own floor on what is considered an appropriate RV if they so choose.

Conclusion – Check For Your State & City

Living in an RV allows for a greater sense of freedom when it comes to mobility. You might not want to settle down permanently into one, but they provide the option of always being mobile and moving whenever you feel like it’s time. National opinion is swinging toward smaller housing right now which means that more people will be living with RVs as their primary residence soon enough!

If you’re looking to move and are worried about whether or not your new home is going to be zoned for an RV, ADU, boathouse… the first thing that you should do when considering a location is reach out to city officials.

Every state has different rules governing what’s legal where they live! What might be allowed in one place could get someone arrested on another street – don’t risk it before reaching out and asking questions.

Many States have been working hard over recent years with housing issues brought up by their residents; some pushing back against changes while others really trying to make things better through legislation reform of tight zoning laws across the board so everyone can enjoy more affordable living options like RVs without being charged exorbitant fees just

How Dangerous Is Paramotoring? – Death Statistics And Safety Procedures

How To Keep Moisture Out Of Rv In Winter?

Are Dual Pane Windows In An Rv Worth It?

How Much To Install 50 Amp Rv Outlet?

How To Secure Coffee Maker In Rv?

Can You Rent An RV One Way?