10 Oregon Ghost Towns To Check Off Your Bucket List 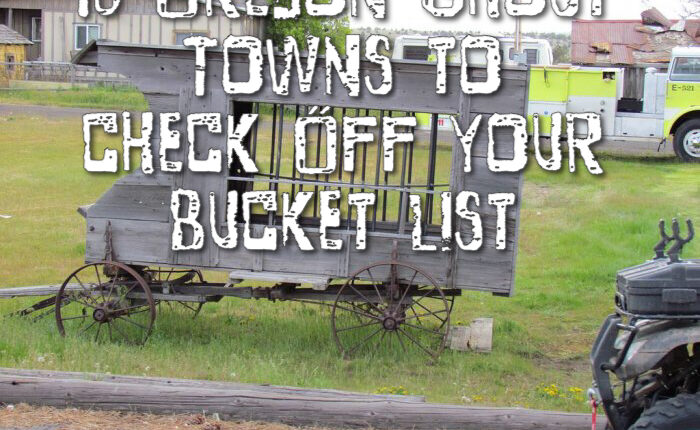 Oregon was once home to speculators, fur traders, and pioneers; who sought to make a fortune and achieve the American Dream. Along the way they set up logging camps, mining towns, and settlements. Some of these towns still exist today, thriving like never before. Others were left for ruins, and became ghost towns. These 10 Oregon ghost towns all have two things in common: an abundance of history and a reason to visit. Check them out if you’re ready for your next pacific northwest adventure. 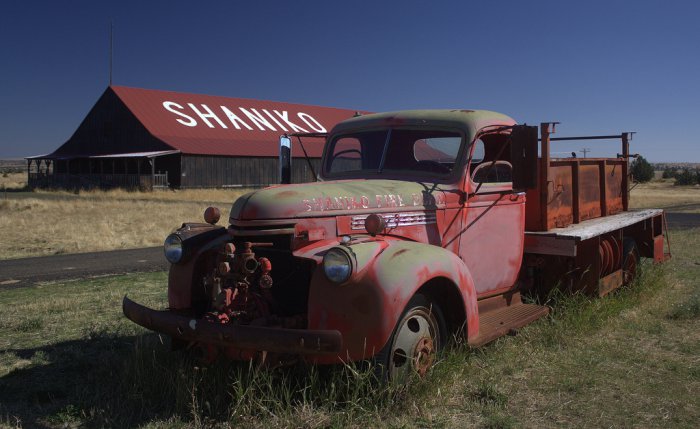 Shaniko is arguably the best ghost town to visit in the entire state of Oregon. The transcontinental railroad system was responsible of the birth of Shank. In 1897, papers were filed by the railroad company to run a track from the Columbia River at Biggs to a high grassland location above the old stage stop of Cross Hollows. This stage stop became known as Shank, named after August Scherneckau by his Indian friends who could not pronounce his German last name correctly. The town consisted of 30 blocks and even boasted a business district.

When a major fire struck in 1911, most of the business district was lost to the flames. Some of the business district was never rebuilt and many people moved away. When the railroad service stopped in Shaniko in 1942, people continued to live in the town, however, not many cared to stay. Today, Shaniko is still classified as a ghost town although some people still live here. The town features lodging, restaurants, and shops. 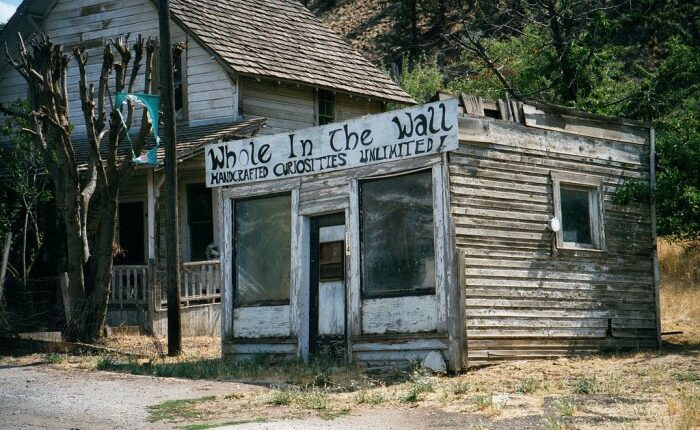 When gold was found in Canyon City, it became necessary to create a route to the Dalles on the Columbia River. The mass amount of gold in Canyon City was shipped to Portland by way of Sherar’s Bridge and over the Barlow Road. The town of Mitchell became a stopping place along the road. By 1884, Mitchell was booming and even boasted a hotel. But Mitchell’s future wasn’t as bright as it seemed. In 1884, numerous heavy thunderstorms in the nearby mountains formed a nine-foot wall of water that destroyed most of the town. In 1904, an even worse flood hit town.

A third flood swept over Mitchell in 1960, yet the town still continues to live and provides supplies for ranches and gas for travelers between Willamette Valley and Eastern Oregon. Today, Mitchell features a mechanic shop, general store, and a diner. 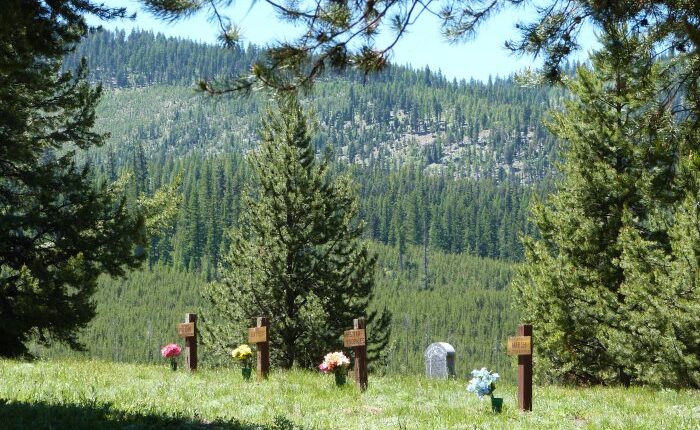 Granite came to be thanks to a mule lugging whiskey. When prospector Jack Long got stuck int he mud on July 4, 1862, he never expected to find gold dust mixed in with the mud on his mule’s feet. Immediately he staked a claim there. Within a week, many joined him in mining gold. Shortly after the town of Granite sprang up. Like many other mining towns, Granite was filled with hard-drinking and plenty of controversy. At it’s peak, the town boasted nearly 5,000 residents. Most of these residents were Chinese, who bought the “played-out” mines and continued to search for more gold.

With World War II, the War Labor Act outlawed gold mining and the party at Granite quickly ended. Some men went off to war and others made new homes elsewhere. After the war ended, few came back to Granite. Today Granite is still a popular mountain town. During the summer vacationers and elk hunters come crowd the town. However, the population here is usually just 28. 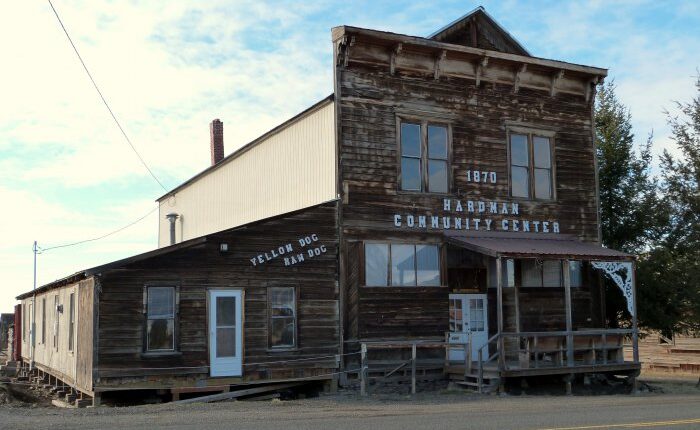 Hardman was known by many names including Dairyville, Raw Dog, and Yellow Dog before Dave Hardman bought the post office in town in 1882. The town then was known as Hardman and flourished until the railroad was built to Heppner in the 1920’s. This bypassed the town of Hardman which led it to become a ghost town. The last businesses closed in 1968 in Hardman, but people still continue to live here to this day.

Now Hardman is home to just about 20 people and a few of the older buildings remain. The Hardman Community Center still stands tall and has an active membership. 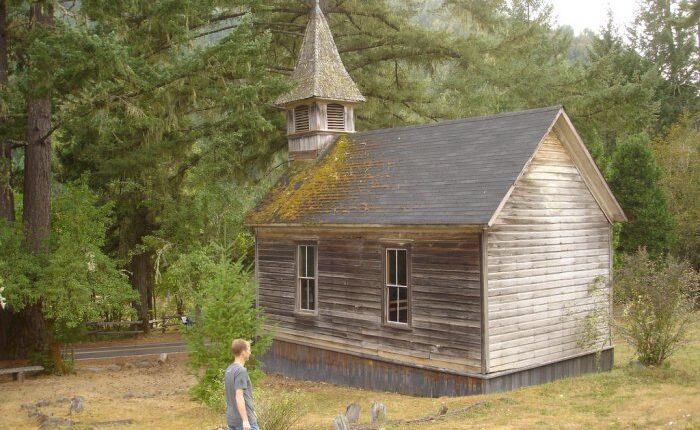 While Golden is considered an Oregon ghost town, it was never really a town. In fact it was more of a mining camp. This mining camp was a prosperous place in the 1850s, when millions of dollars in gold was dug or power-washed out of the nearby Coyote Creek. Though Golden was a mining camp, at one point it boasted as many as 25 buildings, several homes, a general store, a blacksmith shop, a school, and a church.

Today, four buildings are left behind at the Golden State Heritage Site. The Golden church, an old general store, a shed, a structure that once housed a post office and store, and mining tailings still stand for visitors to explore. Golden is in the National Register of Historic Places. 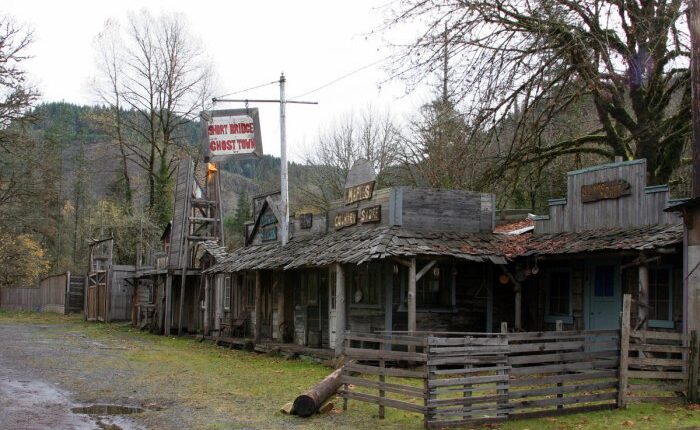 The town of Cascadia rose in 1892 on the South Santiam River, just 14 miles east of the current city of Sweet Home. Cascadia originally served as a stage stop on the Santiam Wagon Road, then housed a summer resort known as the Cascadia Mineral Springs. The resort had a hotel established by George Geisendorfer, the first postmaster of the town. Cascadia attracted visitors from afar with its mineral spring water.

Today, the town belongs to the state and is now the site of the 300-acre Cascadia State Park. Here, visitors can not only camp but also hike to Soda Creek Falls and through the Douglas-fir trees along the South Santiam River. 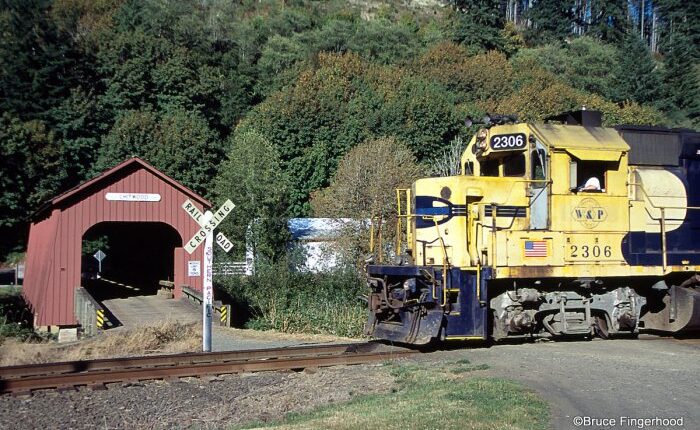 Chitwood today is home to just a few residents, however at one point this ghost town was booming with inhabitants. Its first settler called Chitwood home during the 1860s. In 1887 a school was built. Life in Chitwood wasn’t easy and this is evident by the slow growth of the settlement. Land had to be cleared before crops could be planted and the only mining done here was from a fine vein of sandstone. When the Corvallis and Eastern railroad were built, Chitwood took a turn for the worst. The road to the coast was rerouted and paved, allowing for easier access to coastal communities. When cars came about, tourists and freight began to use the shorter route to the coast, sealing the fate of Chitwood.

Today, Chitwood features a few original buildings and the Chitwood Bridge, named after Joshua Chitwood. This quaint, residential, pastoral town no longer has any railcars visiting, and is considered a ghost town. 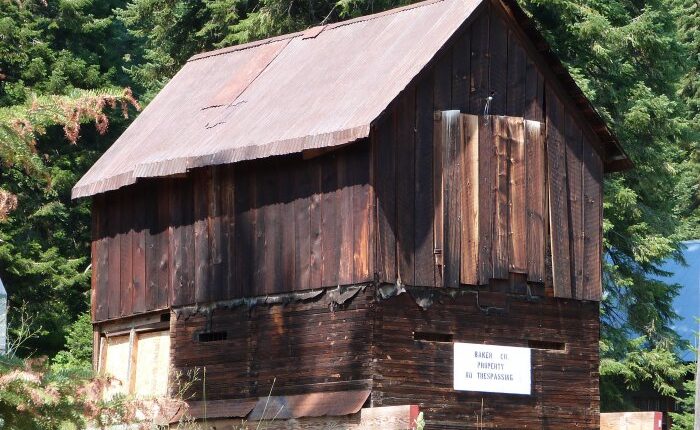 When gold was discovered in the Cornucopia Mountains in the early 1880s, masses of people flocked to Cornucopia. Many prospects were made and several small producers were established. Cornucopia continued to flourish with the arrival of the railroad, electricity, and the pneumatic drill. In 1922, the mines were electrified and a 20-stamp mill was installed. In the early 1900s, 700 men were employed to work the mines in the early. Cornucopia features two general stores, a hotel, a post office, two saloons, and a school. When the mines closed in 1940, much of the town emptied. By 1950, only Chris Schneider and his wife remained.

Today, Cornucopia is considered a ghost town despite a few summer homes in the area. Despite the poor weather that hits this area, many of the original buildings still stand. 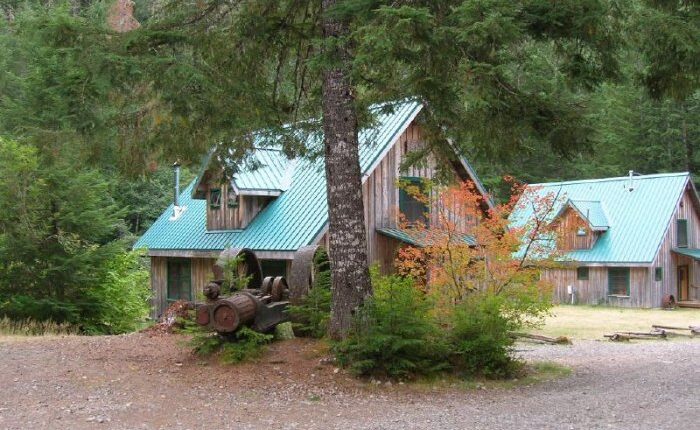 When miners arrived in this city in 1859 they discovered gold and other minerals such as copper, zinc, and lead. By 1931, a mining camp was set up and mining continued in the area until 1992. In 1989 a group of environmentalists that call themselves “The Friends of Opal Creek” shifted their attention to preserving the 35,000-acre Opal Creek Watershed and were gifted Jawbone Flats in return for their commitment to the area.

Today, the remains of an old lumber mill, a miners store, some old equipment, and remodeled cabins remain in Jawbone Flats. A popular hike also takes you through Jawbone Flats, now part private environmental education center and part outdoor museum. Here you can see rusting vehicles, old mining equipment, and an ore mill. Jawbone is also conveniently located near some of the most beautiful old growth forests in Oregon. 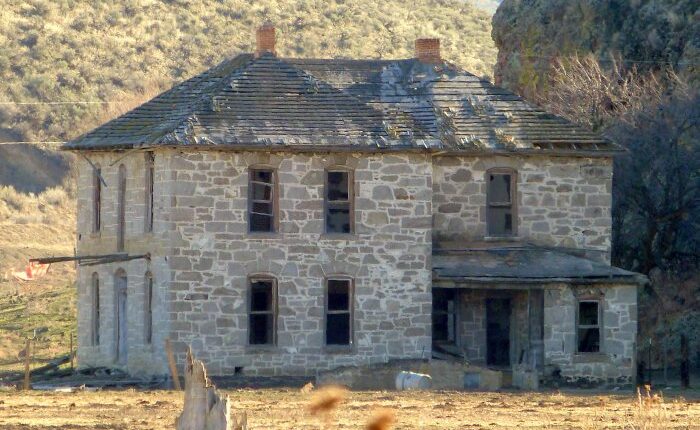 Westfall was like most other towns in “The Old West”. The town itself, however, was very small during its beginning. Just four houses were built in town. Levi Westfall, for whom the town was named after, set up the first house here in 1870. The town, albeit small, lasted for awhile until the Masher Valley Railroad began construction through Masher Canyon and work started on a depot at Harper in 1909. Most of the town then moved to Harper. During its glory days, Westfall featured a bank, three stores, two hotels, two saloons, two livery barns, a blacksmith shop and homes.

Today, Westfall features a jail, a school, a church, and a few stores. To get there requires extensive travel. Getting into the buildings isn’t an option due to the rattlesnake takeover. Both of these factors could be responsible for the multiple ghost stories that supposedly have taken place in Westfall. Many claim they have seen ghosts in this area at night, although locals say these stories aren’t accurate.