Is Parasailing Safer Than Skydiving? 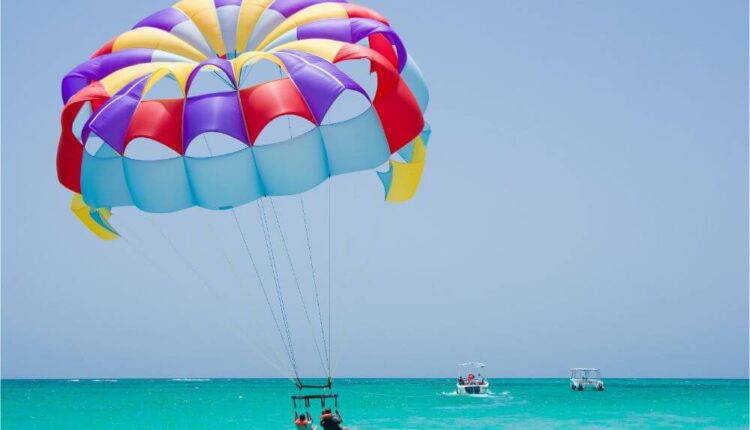 Parasailing and skydiving involve being airborne, but they are two very different things.

When parasailing, you are strapped to a parachute attached to a boat that tows you behind it. You’re wearing safety gear, and the heights you can reach are limited. You also don’t move at breakneck speeds when parasailing.

On the other hand, skydiving involves jumping out of a plane up to 14,000 feet up in the air. Moreover, it also consists of plummeting towards the ground at speeds upwards of 120 mph. You rely on a parachute to ease your return to land.

This article discusses is parasailing safer than skydiving. After all, you might want to feel like a bird soaring through the sky, but you have safety concerns.

Many people who are afraid of skydiving choose to parasail instead. However, parasailing can still seem scary for people scared of heights or general anxiety.

We will try and put your fears to rest by talking about the safety of parasailing and skydiving. In addition, we also want to discuss why you shouldn’t be afraid of parasailing, especially when compared to skydiving.

We want to make an accurate comparison between skydiving and parasailing. Therefore, most of our information comes from the United States Parachute Association(USPA).

According to the most recent data, in 2019, there were 3.3 million people who went skydiving. Unfortunately, of those 3.3 million skydives, 15 of them ended in fatalities.

According to the USPA, for 220,000 skydives, only one resulted in a fatality. Based on this alone, skydiving is indeed relatively safe. We don’t want to rely on information from just one year alone, so let’s provide you with some more.

As you can see, the rate of skydiving fatalities decreases as the years go on, even as the number of skydives per year in the US has increased. On average, over 19 years, 21.5 people died while skydiving per year.

The US Parasail Safety Council is an organization that tracks parasailing safety statistics. It’s been doing so for well over 30 years. However, the information becomes a bit scarce after 2012.

It is worth noting that many more people go parasailing than skydiving, which should speak to parasailing safety, especially when compared to skydiving. 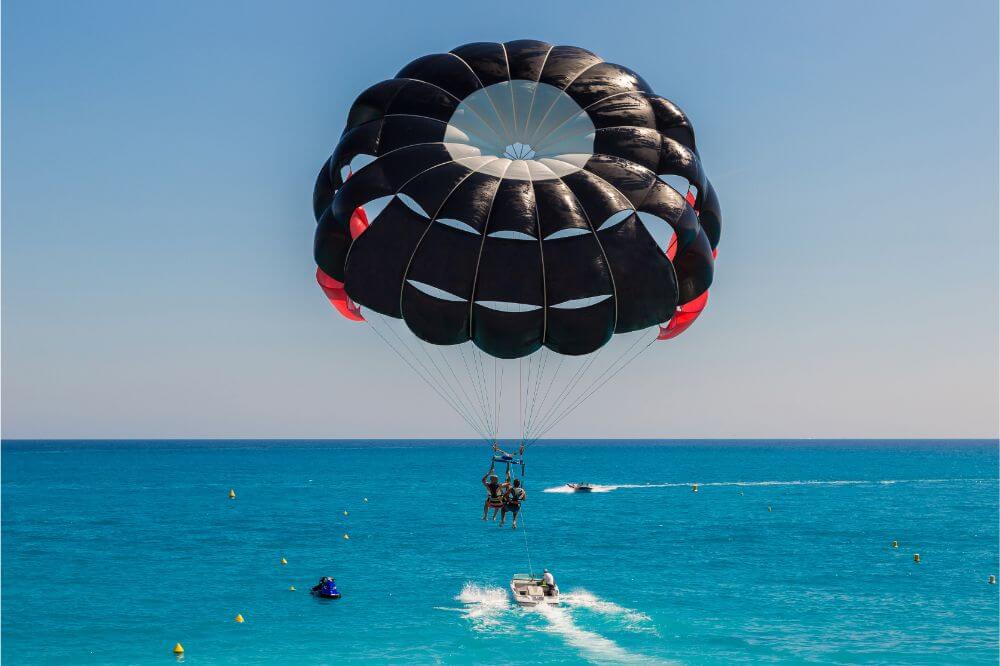 Why is Parasailing Safer Than Skydiving?

Now that we have established that parasailing is safer than skydiving, we want to see why.

One reason parasailing is safer than skydiving concerns altitude. When you go parasailing, you will only reach a height of around 500 feet. The FAA has set out strict rules: It is not legal for a parasailer to go above 500 feet.

Moreover, if you fall into the water from 500 feet, serious injury or death is likely. However, it’s still nothing compared to the 14,000 feet you are at when skydiving.

There’s also the fact that you are jumping out of an airplane at 14,000 feet. Generally speaking, the higher you are, the greater the chances of something going wrong, especially if a parachute fails.

Simply put, falling into the water from 500 feet provides more chance of survival than falling onto the ground from 14,000 feet.

When you are parasailing, you will never travel faster than 30 mph. This might seem fast when you are in the air, but it’s just not that fast in all reality.

However, when you go skydiving, you’re going to be plummeting toward the earth at 120 mph. That 120 mile an hour drop, combined with 14,000 feet of altitude, serves as a recipe for something to go wrong.

3. Jumping Out of an Airplane

Most people consider parasailing safer because it does not involve jumping out of an airplane.

Simply put, parasailing does not involve jumping out of an airplane, which automatically makes it safer. You stand on the end of a boat, you slowly get hoisted up into the air, and then you slowly come back down. You don’t jump out of a plane, and there aren’t any great speeds involved.

4. The Issue of Freefalling

Many people consider parasailing safer because it doesn’t involve freefalling as parachuting does. However, you might be freefalling for up to a minute when you go skydiving.

It’s not the freefalling itself that is dangerous, but what can happen afterward. However, in parasailing, there is no such freefalling. The parachute holds you up at all times, which significantly reduces the chances of anything bad from happening.

One of the most significant issues with skydiving is when parachutes don’t open up or don’t deploy properly. This is generally what leads to fatalities. If you’re freefalling at 120 mph and your parachute doesn’t open, you are in serious trouble.

However, in parasailing, the chance of equipment failure is much lower. At the same time, if the equipment does fail, it’s usually more manageable.

The other issue with skydiving is operator error; the skydiver might not know how to work the parachute or not open it soon enough.

People who go skydiving should be experienced and trained by professionals. However, this is not always the case. Some people don’t know what they are doing, which can often prove fatal.

However, when it comes to parasailing, the boat or parasailing captain is responsible and does all the work. Moreover, these are trained professionals.

The bottom line is that parasailing is much safer than skydiving, and we discussed why. Therefore, if you want to try parasailing, you really shouldn’t be afraid of doing so.

How Much Does a Parasail Captain Make?

Is Parasailing Worth it?