How Fast Does a Parasail Go? 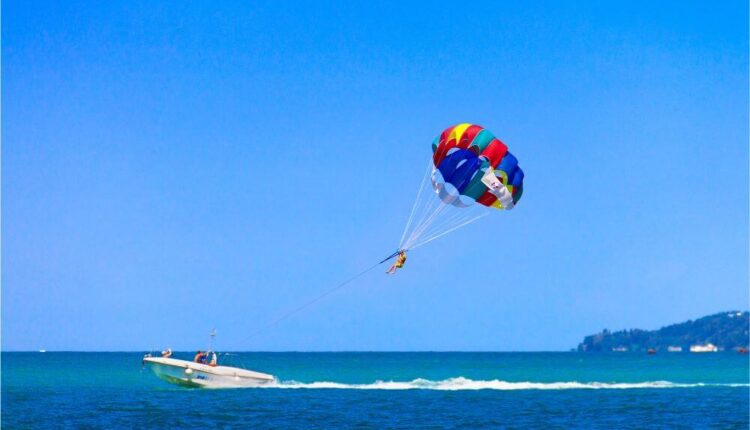 For anyone thinking about parasailing, it’s an activity we would recommend. Although it may seem scary, most people say it is very relaxing.

You might be high up and moving quickly, but the view is always worth it. But, you may wonder how fast does a parasail go.

The simple answer is that parasails usually travel between 15 mph and 30 mph, and today, we want to talk about why there are speed limits on parasailing.

We also want to discuss the risks of going too fast and why going slower than 15 mph usually never happens. But, first, let’s look at everything related to parasailing speed.

Average Speed – How Fast does a Parasail Go?

The average parasailing speed is around 15 mph, but it may achieve up to 30 mph. However, even getting to 30 mph is rare. Most parasailing trips will top out at around 25 mph at the most.

As a reference point, skydiving involves hurtling towards the ground at speeds upwards of 120 mph. So, as you can see, parasailing is not quite as thrill-inducing as skydiving. However, for this reason, it’s also safer than skydiving.

That said, people still have questions and concerns. So let’s move on and address these concerns.

Does Parasailing Feel Fast and Extreme?

Simply put, most people don’t consider moving at 15 miles an hour to be very fast. That’s much slower than you would drive on an average residential street. So even 30 mph really isn’t very fast.

Before parasailing, people often have anxiety due to a combination of fear of heights and speed. However, we can say that people afraid of heights and extreme sports tend to be perfectly fine with parasailing.

Although 30 mph might be somewhat quick, it doesn’t feel that way when you are parasailing. Instead, due to the parachute and wind currents, it feels more like you are floating than anything else.

If it weren’t for the fact that you can see the ground moving, you might not realize you are moving at all. It just doesn’t feel very fast. 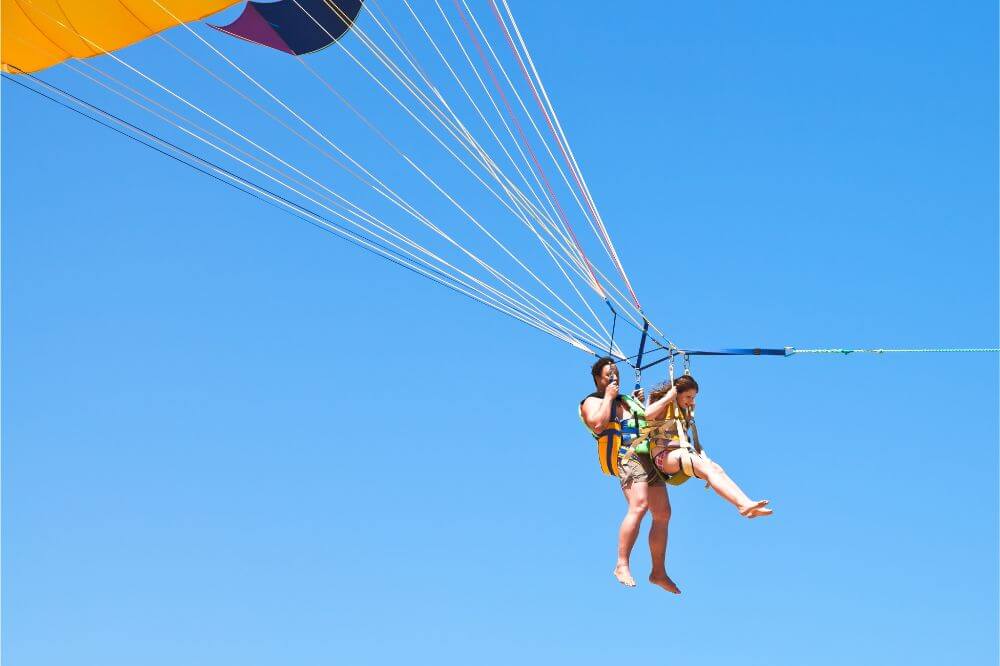 Can You Parasail Faster than 30 MPH?

Parasailing is strictly regulated by the Federal Aviation Administration, and there are rules concerning how high parasails can go. However, the FAA and officials frown on parasailers who go faster than the 30 mph limit. This is, of course, for safety reasons.

There were actually two incidents in 2014 where fast-moving parasails hit aircraft that were towing banners. The parasailers hit the banners or the ropes attached to the banners, not actually the planes themselves. Moving at high speeds at high altitudes is not very safe because it doesn’t leave much room to take evasive action should it be needed.

There is also the fact that parasailing usually happens in fairly crowded areas. A parasailing captain has to keep an eye on both you and where he is driving. Any faster than 30 mph and a parasailing captain may have trouble maneuvering in tight spaces. Traveling at high speeds also reduces maneuverability and risks an accident occurring.

You should never ask your parasailing captain to go at speeds over 30 mph. If you do have a captain that says that they will drive much faster, you might not want to take your parasailing trip with them. This displays a lack of responsibility and puts your life at risk.

Can You Parasail Slower than 15 MPH?

Going faster than 30 mph is not a good idea. However, what about going slower than 15 mph when parasailing? Although traveling slower than this limit is not very dangerous, some issues may occur.

First, parasailing companies want to make money. If you’re traveling at a far lower speed, it’s going to take longer to get through your group. Time is money.

Moreover, if you are a fairly heavy person and the boat isn’t going fast enough, you might not achieve lift. A certain amount of wind speed is required to lift the parachute into the air. If you aren’t moving fast enough, your parachute might have trouble reaching altitude.

When all has been said and done, 30 mph really isn’t that fast. It’s fast enough to feel a bit of a rush yet still slow enough to be safe. So when it comes to how fast parasailing goes, there’s really not much to be worried about.

How Do Parasails Work?

Does Parasailing Have a Weight Limit?