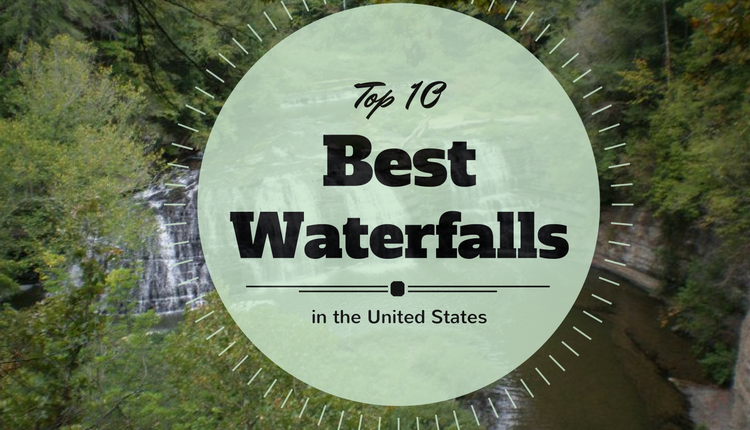 There are few natural wonders in the world as stunning to look at as waterfalls. In fact, many book trips and travel across continents just to catch a glimpse of them. Luckily, if you live in the United States, you don’t have to travel too far to find some of the world’s best waterfalls. From Hawaii to Tennessee and many states in between, there are beautiful waterfalls to be seen all across the country. While it wasn’t easy, we’ve narrowed down our top 10 choices for the best waterfalls to visit during your lifetime. 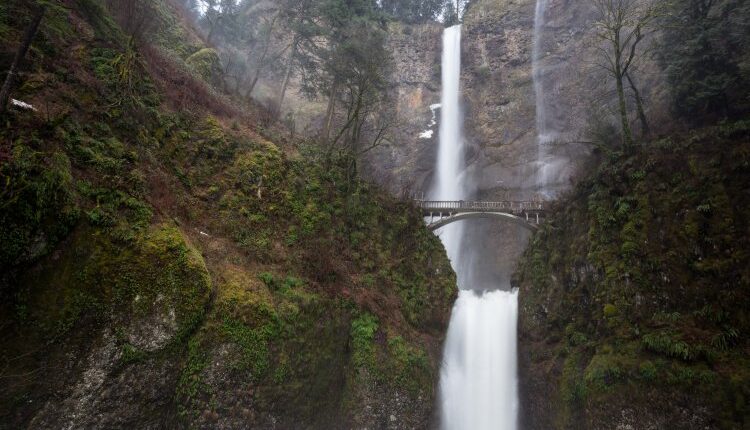 It’s no surprise that Multnomah Falls is the most visited recreation site in the Pacific Northwest. 2 million visitors stop by each year to check out the second highest waterfall in the United States. This waterfall is an easy 30-minute drive from Portland and stands at 611 feet tall. Another bonus: there are plenty of other breathtaking waterfalls to visit in the near vicinity. 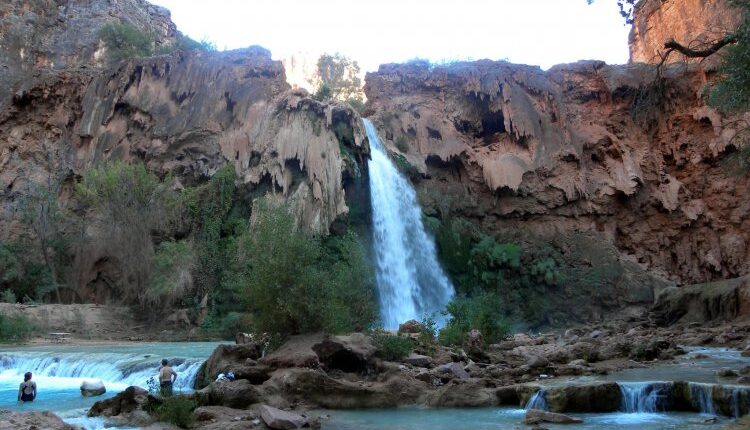 Havasu Falls is one single chute that drops over a 90-foot vertical cliff into numerous pools below. Perhaps what is most spectacular about Havusu Falls are the vivid blue-green colors that fall against the red rock cliff. It may take 10-miles to reach Havsu Falls in the blistering Arizona sun, but it is a worth it just to take in the mere beauty of the falls.

Most waterfalls are found in the great outdoors. Ruby Falls differs from the rest and is instead located in the middle of a cave. Located 1,120 feet below the surface of Lookout Mountain, this waterfall is one of Chattanooga’s most popular attractions and for good reason. 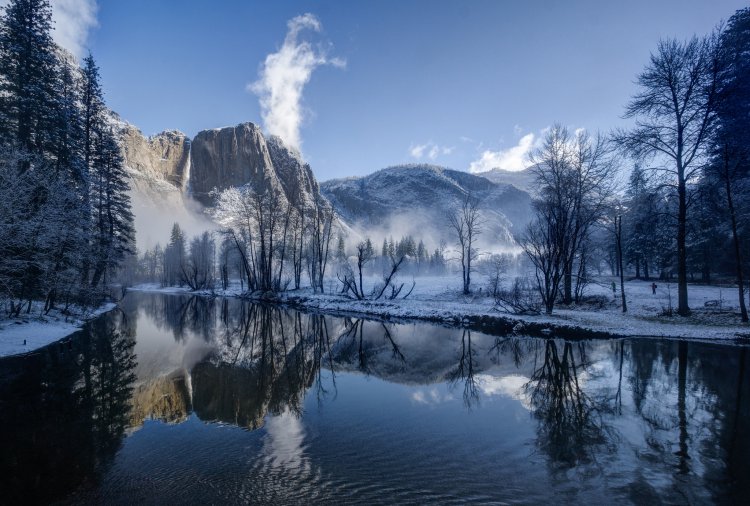 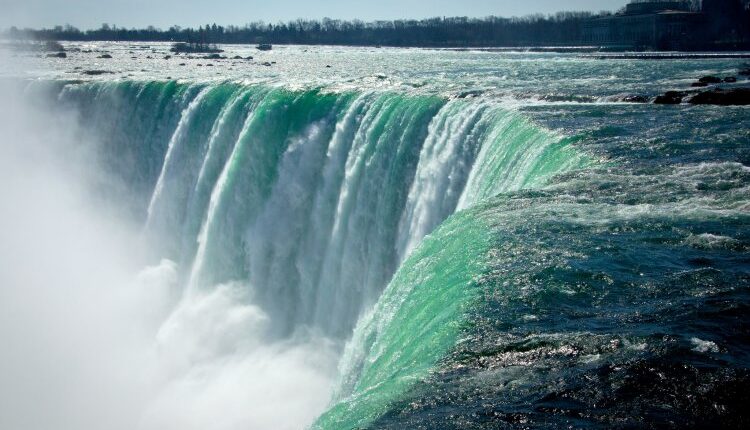 Niagara Falls is perhaps the most well-known waterfall in all of the United States, even though the views are arguably even more spectacular on the Canada side. Niagara Falls is so popular in fact, that an observation tower and a viewing deck have been built as attractions for the 30 million people who visit the falls each year. 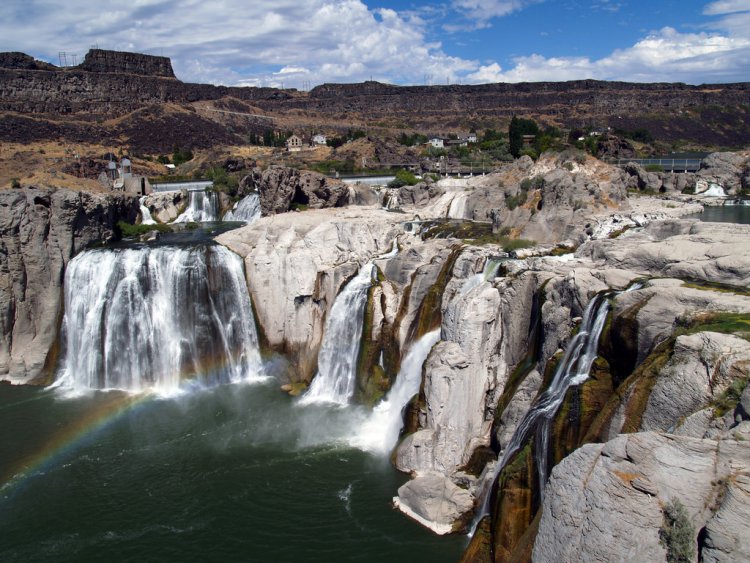 Known as the Niagara of the West, the Shoshone Falls are one of Idaho’s greatest natural wonders. The falls are located in southern Idaho on the Snake River. For a nominal $3 per car fee (at the time of posting) visitors can hike and explore the 212-foot tall and 900-feet wide falls. For optimal water flows, visit Shoshone Falls between the months of April and July. 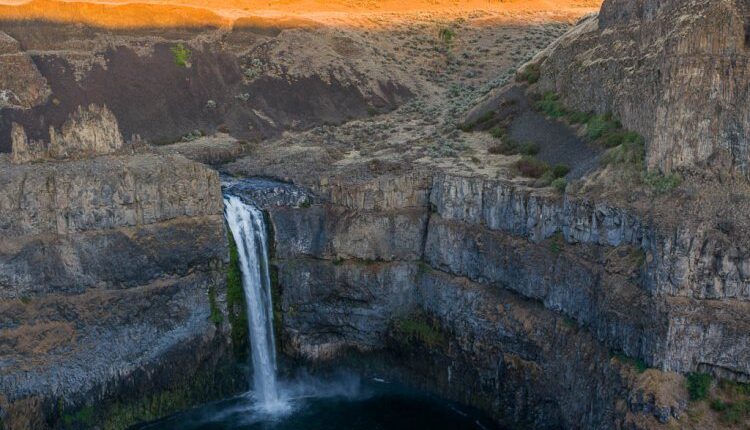 Washington has no shortage of stunning waterfalls but Palouse Falls takes the cake in our book. At 198-feet tall, these falls are essentially in the middle of nowhere, northeast of Pasco. To make the most of a trip to Palouse falls, visit when they gush the highest volumes of water in spring and early summer. Once you reach Palouse Falls, hiking to the falls won’t be an issue, even for those with a disability with the quarter-mile ADA accessible hiking trail that overlooks the falls. 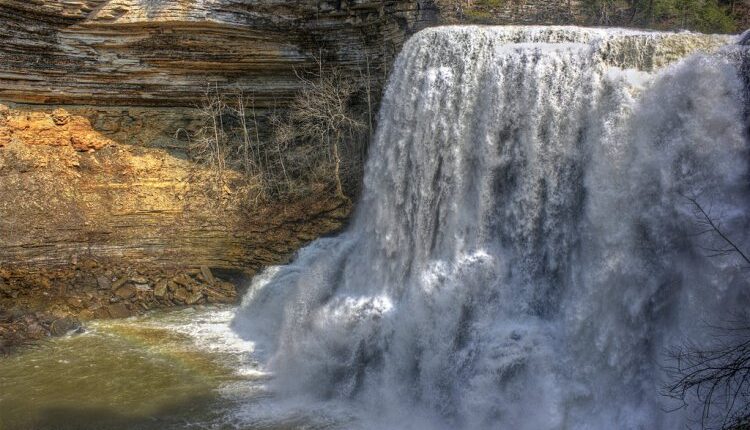 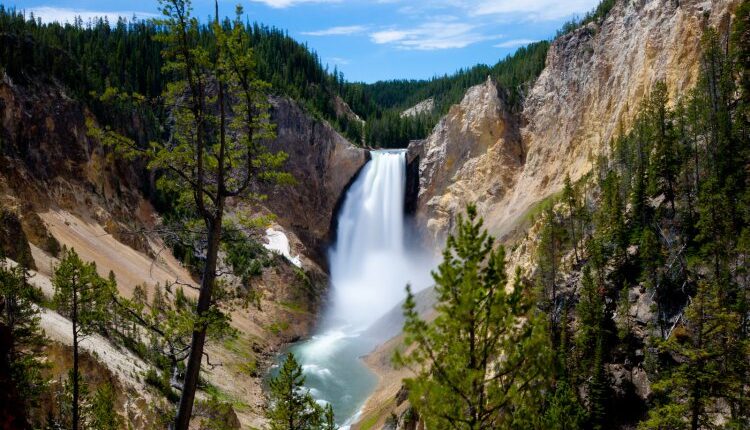 The Yellowstone River provides a picturesque reward to visitors of the popular Yellowstone National Park, with the Lower, Upper and Crystal Falls. While all three are inherently beautiful, the Lower Yellowstone Falls is the most spectacular of them all. The Lower Yellowstone Falls cascades down 308 feet, with numerous vantage points from both the east and west sides of the Grand Canyon, with most outlooks only requiring a short hike. Because of its beauty and accessibility, it is the second most photographed spot in Yellowstone, behind Old Faithful Geyser. 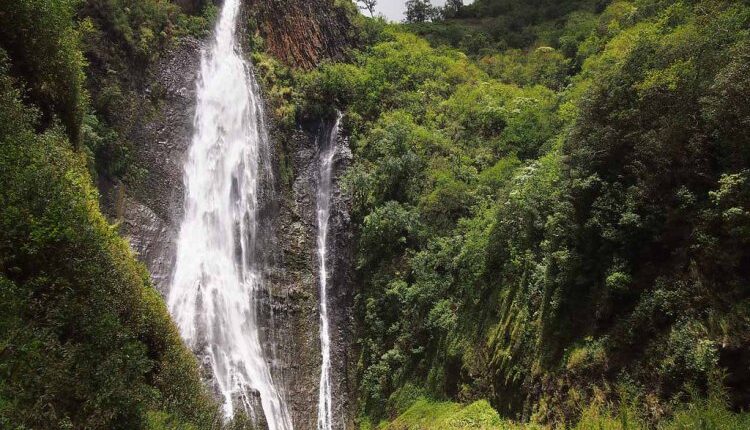 Aside from the obvious reasons one might want to visit Hawaii (warm ocean water, the best shave-ice on the planet, basking in the warm sun with a Mai Tai in hand), there is one landmark that often gets overlooked: Manawaiopuna Falls. Famously known as Jurassic Falls because it was featured in the movie Jurassic Park, this waterfall is the hardest to get to on our list. In fact, the only way you can get there and see it on the ground is through Island Helicopters, which has the exclusive right to the land. If this doesn’t deter you, the 400-foot falls are worth the effort.

How Fast Do Side-by-Sides Go?