Are Side-by-Sides Street Legal in Texas? 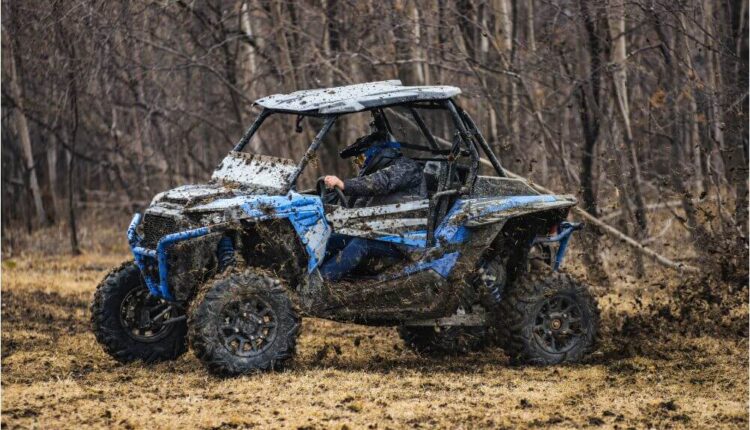 Utility Task Vehicles, more colloquially known as side-by-sides, are designed to handle varied terrain, typically off-road. This may be the reason why they’re rather popular in a place with wide-open spaces like Texas.

However, taking your UTV  into an urban area might not be the best of ideas. There are particular rules when it comes to these versatile vehicles.

So, are side-by-sides street legal in Texas? In this article, we’ll find out about the legal requirements in driving these vehicles on public roads. Plus, whether or not you can use them for your daily commute.

The general rule is that UTVs aren’t allowed on public roads. This means that side-by-sides aren’t street legal in Texas unless you fall into certain exceptions. The Texas Department of Motor Vehicles has a special category for these vehicles and rather strict rules on when a side-by-sides can be driven on a public street.

UTVs with off-highway license plates can be used only in these situations:

Discussing the Exceptions to the Rules

The lack of license plate requirements for state, public utility, and law enforcement exceptions are rather obvious, as they aid the government in enforcing rules or maintaining public utilities.

However, the farmer exception doesn’t mean that anyone who owns a farm can use a side-by-side on all roads. There are requirements to these as well. These are:

Even side-by-sides that government and public officers operate have to comply with their own rules. These rules are as follows:

On June 14, 2019, legislation from the Texas House of Representatives came into effect to allow side-by-sides beyond the previously stated exceptions. The law, House Bill 1548, gives municipalities and counties the power to authorize non-agricultural UTV use.

Only after authorization by the municipality would side-by-sides be required to be titled and obtain secure licenses for limited use in public roads. If you’re unsure if your city has UTV laws already in place, contact your local DMV. 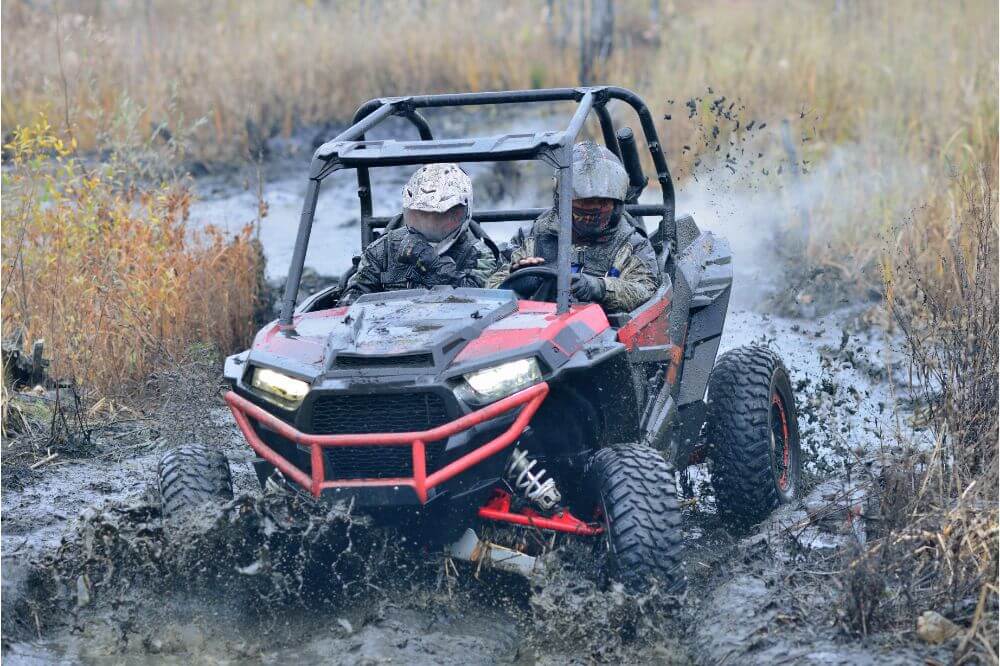 Where Can I Get an Off-Highway License Plate?

According to the Texas Department of Motor Vehicles, side-by-sides fall under the Unique Vehicles category. Although they aren’t eligible for registration, they’re required to issue titles to them. Off-Highway Vehicle license plates can be acquired from your local county tax assessor/collector’s office.

If the vehicle was purchased out of state, you must pay a Texas Use Tax to obtain an Off-Highway license plate.

If you wish to obtain a driver’s license to operate a side-by-sides, refer to the list of requirements as given on the Texas Department of Public Safety license page.

Where Can I Legally Use My Side-by-Side?

UTV owners are free to operate their vehicles on private property, whether they have OHV plates or even meet Texas DMV requirements. However, using your side-by-sides on public land has its own set of requirements that need to be followed.

They’re not as restrictive as the rules for using the UTV on a public road but must still be kept in mind if you don’t want to be fined.

The side-by-side was meant to go off-road, and many public areas allow UTVs for recreational use. However, when driving a UTV on public property, you must abide by the following:

Failure to follow these rules may cause the driver to be liable for a Class C misdemeanor and fined up to $200.

Do I Need to Register My Side-by-Side at the DMV?

The Texas Department of Motor Vehicles doesn’t require registration of UTVs. In fact, these vehicles aren’t even eligible for registration in the first place because they generally can’t operate on public roads.

On the other hand, obtaining a title for your side-by-sides is mandatory. Newly bought UTVs come with a Certificate of Origin. It’s up to the owner to get a certificate of title. Certificate of titles for vehicles purchased from out of state must still be presented to the local county tax office for the proper Texas Use Tax.

Although many people may think that getting a title for their side-by-sides isn’t worthwhile, this is actually a good idea in the long run. UTVs are relatively easier to steal than cars, which is one of the few ways to present proof of ownership.

Titles also help people avoid purchasing stolen vehicles when buying second-hand UTVs. The lack of a title, among others, is a red flag that the vehicle you’re planning to buy may be stolen.

Will Side-by-Sides Ever Be Street Legal?

Although side-by-sides aren’t currently street-legal in Texas, a movement is slowly growing to have this versatile vehicle be approved for use on public roads.

With the wide-open spaces in the state and the popularity of UTVs in general, this may come sooner rather than later.

The passing of Texas House Bill 1548 is a step in the right direction. The power to give these vehicles access to public roads now falls on city and county governments.

If enough people push their local representatives to enact these rules, having street-legal side-by-sides may not be far off.

Until changes to the current rules, UTVs will remain prohibited on public roads with a few exceptions stated above. Unfortunately, we have no choice but to follow these laws, as disobeying them can lead to fines and penalties.

It may take a while before side-by-sides become street legal in Texas. But until then, you can take advantage of the places where they’re actually allowed.

Are Side-by-Sides Worth It?

How to Make a UTV Street Legal?

Are Side-by-Sides Street Legal in Missouri?

Are Side-by-Sides Street Legal in Florida?